The official website domain name www.AntsBeard.org dedicated to their friend Ant’s beard and all the other big beautiful beards of the World, was originally the idea of Hamish & Andy, who foolishly said they wanted to register that domain name while on air during their radio show over 1 year ago, hence losing the name to somebody listening, who eventually let the name expire, eventually making it available again to the true conceptual creators, Hamish and Andy at www.HamishAndAndy.com, as announced on The Hamish & Andy Fox Fm Show today. The moral of this story is, don’t talk about it until you actually DO iT first!

The timing of this week’s announcement of AntsBeard.org correlates with the celebration of World Beard Day this week, on Saturday the 7th September, in the Year of The Beard 2013. September is also the month that the date of death by beard falls, when Hans Steininger (aka Hanns Staininger) an Austrian mayor famous for having the world’s longest beard (3.5 feet / 1.06m long) died because of it 446 years ago on the 28th September 1567. The tragic incident occurred when there was a fire in his town of Braunau, and in his haste Hans forgot to roll up his beard and place it in a purposely placed pouch for his beard, which caused him to accidentally step on it, fall and break his neck, thus being killed by his famous beard. Legend tells of an invitation to Hans Steininger from the Emperor Rudolf II in Prague to see his extraordinary beard, due to beard envy and inspiration, as he was having problems growing a beard (see photo) as now seen with Andy Lee.

Hans Steininger’s original beard known as the World’s longest beard in the 1500s, in the district museum in Braunau am Inn, Austria (photo by Markus Metz)

The Beards ~ Andy’s Beard: Hamish asked Australian band The Beards to write and perform a song about Andy’s lacking ability to grow a beard. Visit the official band website of The Beards www.TheBeards.com.au

YouTube video: THE BEARDS “If Your Dad Doesn’t Have a Beard, You’ve Got Two Mums” Official Film Clip (2009)…

Celebrate World Beard Day 2013 on the 7th September at The Annandale Hotel with The BEARDS, The Stiffys, Manchoir, Atlas B Salvesen, and hosted by bearded Dave Callan… 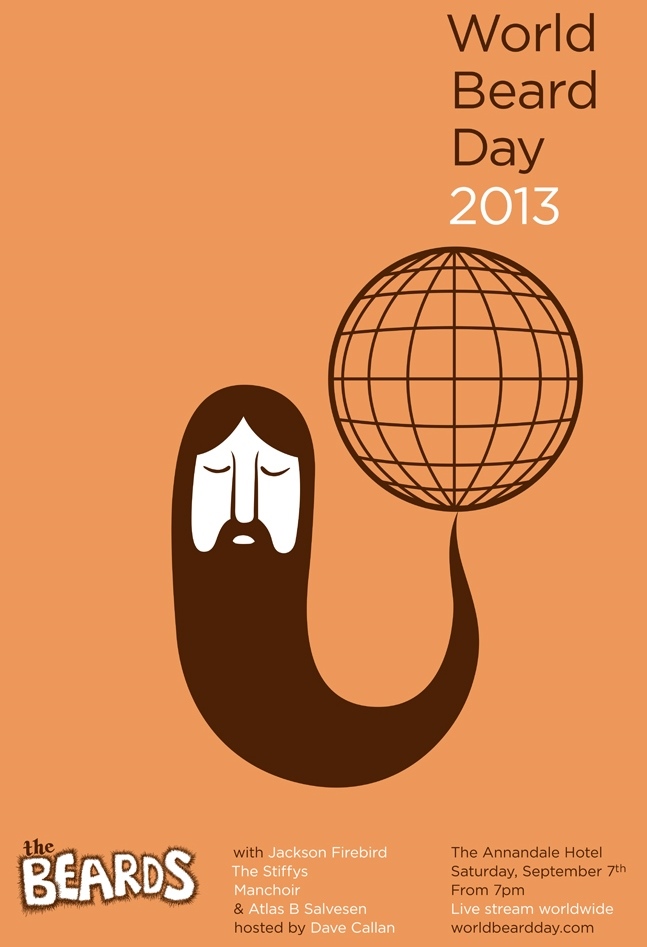 “The beard is starting to grow on me” ~ Anton K.

One thought on “AntsBEARD.org website bringing back the beard ~ Hamish & Andy”