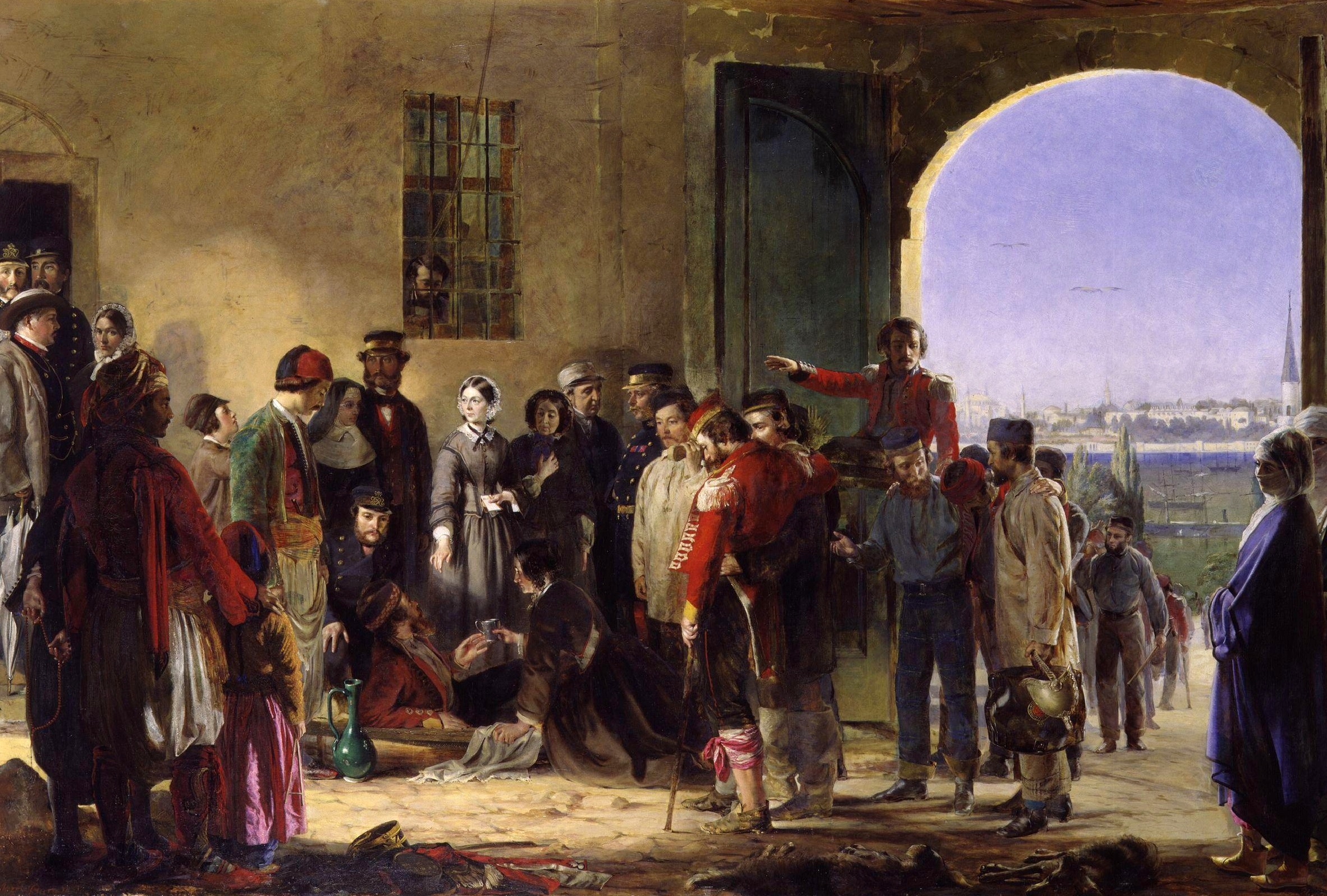 1743 – MARiA THERESA of AUSTRiA (Maria Theresia) was crowned Queen of Bohemia after defeating her rival, Charles VII, Holy Roman Emperor on the 12th day of May in 1743.

Florence Nightingale was well known for her pioneering work in nursing during the Crimean War, where she saved many wounded soldiers. She was dubbed “The Lady with the Lamp” while made her  rounds at night. In 1860 Florence Nightingale began the foundation of professional nursing with the establishment of her nursing school at St Thomas’ Hospital in London, the first secular nursing school in the world, now part of King’s College London. The Nightingale Pledge taken by new nurses was named in her honour, and International Nurses Day is celebrated around the world on her birthday.

“Nightingale receiving the Wounded at Scutari” painting by Jerry Barrett

1928 – BURT BACHARACH the American composer was born on the 12th day of May in 1928. The video below features Barbra Streisand singing “Close to You” with Burt Bacharach on an episode of The Burt Bacharach Special on the 14th March 1971, the popular song he wrote with Hal David.

1935 – ALCOHOLiCS ANONYMOUS was founded by Bill Wilson and Dr. Bob Smith at the home of Henrietta Siberling in Akron, Ohio on the 12th day of May in 1935.

1941 – Z3 the world’s first fully automatic, working programmable computer was presented by Konrad Zuse in Berlin, on the 12th day of May in 1941.

1948 – STEVE WiNWOOD the British musician was born on the 12th day of May.

1950 – BiLLY SQUiER the American singer and musician was born on the 12th day of May.

1955 – AUSTRiA regained its independence on the 10th day of May in 1955 when the Allied occupation following World War II ended.

1974 ~ iNTERNATiONAL NURSES DAY was first celebrated on the 12th of May in 1974, on the anniversary of the birth of Florence Nightingale.