On Easter Saturday the 4th April 2015, sky watchers can see a brief and rare Easter Eclipse of the Moon, visible from most of North America, South America, Asia and Australia… read more 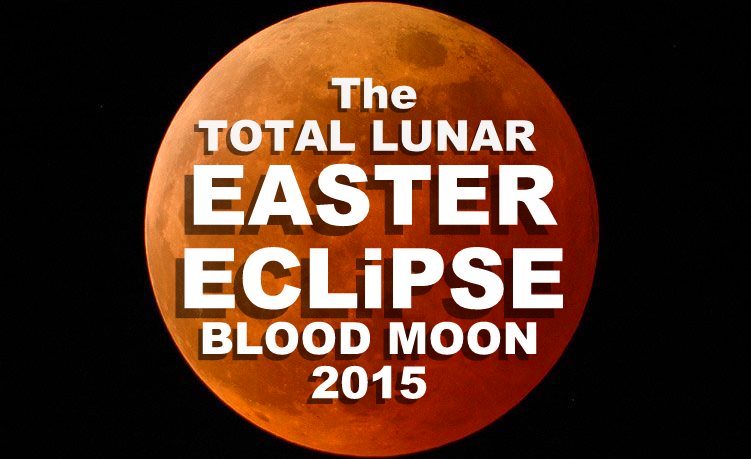 See the Moon rise in an orangey-red colour early this evening at sunrise, as the Sun, Earth and the Moon perfectly align. The moon’s red colouring is due to sunlight passing through the Earth’s atmosphere and refracting to the red end of the spectrum. Lunar eclipse do not happen on a regular basis, with their frequency varying from one every few years to 5 in a year. Tonight’s eclipse will be the 1st in a tetrad, or series of 4. Subsequent eclipses will occur on the 8th October 2014, 8th April 2015, and 28th September 2015. The shade of red that the moon appears is largely dependent on the amount of dust circulating in Earth’s atmosphere at the time of the eclipse.

When & Where to see it in Australia:

Lunar eclipse: Where and when to see Tuesday night’s blood moon