1964 – Ranger 7 sent back the 1st close-up photographs of the moon on the 31st July 1964, with images 1,000 times clearer than anything ever seen from the earth-bound telescopes.

2012 – Michael Phelps broke the record set in 1964 by Larisa Latynina for the greatest number of medals won at the Olympics on the 31st July 2012.

1502 – Christopher Columbus landed at Guanaja in the Bay Islands off the coast of Honduras on the 30th July 1502, during his 4th voyage.

1733 – The 1st Masonic Grand Lodge in the future United States was constituted in Massachusetts on the 30th July 1733.

1932 – Premiere of Walt Disney‘s Flowers and Trees, was on the 30th July 1932. It was the 1st cartoon short to use Technicolor and the 1st Academy Award winning cartoon short.

1947 – Arnold Schwarzenegger the Austrian-American bodybuilder, actor, politician and the 38th Governor of California was born on the 30th July 1947.

1950 – Frank Stallone the American singer-songwriter, guitarist, and actor was born on the 30th July 1950.

1971 – Apollo program: Apollo 15 Mission – David Scott and James Irwin on the Apollo Lunar Module module Falcon landed on the Moon with the 1st Lunar Rover on the 30th July 1971.

1974 – Watergate scandal: U.S. President Richard Nixon released subpoenaed White House recordings on the 30th July 1974, after being ordered to do so by the Supreme Court of the United States.

1978 – The 730 (transport), Okinawa Prefecture changes its traffic on the right-hand side of the road to the left-hand side.

1997 ~ The THREDBO LANDSLiDE occurred at the Thredbo village ski resort in New South Wales, Australia, on the 30th July 1997. Two ski lodges were destroyed in the landslide, leaving 18 people dead.

2006 – The world’s longest running music show Top of the Pops was broadcast for the last time on BBC Two on the 30th July 2006. The show had aired for 42 years.

1540 – Thomas Cromwell was executed at the order of Henry VIII of England on the 28th July 1540, on charges of treason.

1948 – Gerald Casale the American singer-songwriter and guitarist from Devo was born on the 28th July 1948.

1968 ~ Rachel Blakely the Australian actress was born in Borneo on 28 July 1968. Rachel Blackey is best known for her role as Gaby Willis in Neighbours, Marguerite Krux in The Lost World, and Glenda Fry in Mortified.

2012 – DARRYL COTTON the Australian pop star, actor and TV host lost his battle with liver cancer on the 27th day of July in 2012, aged 62. In the late 1960s Darryl Cotton was a founding member of rock group ZOOT , where he played with Beeb Birtles, Rick Springfield and others. When Zoot broke up, Darryl headed to Los Angeles, where he wrote songs for Olivia Newton-John, Shaun Cassidy, and others, before returning to Australia in 1978 to pursue a solo career, where his song Same Old Girl became a top 10 hit in 1980. Darryl Cotton also ventured into acting, in The Young Doctors TV series, then went on to co-host The Early Bird Show on Channel Ten, also in 1980. In 2000 Darryl Cotton formed a rock band called COTTON KEAYS & MORRiS (aka CKM) with Jim Keays and Russell Morris. 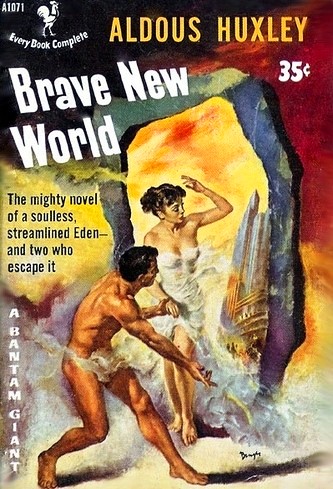 1837 – The first commercial use of an electrical telegraph was successfully demonstrated by William Cooke and Charles Wheatstone on the 25th July 1837, between Euston and Camden Town in London.

1942 – Bruce Woodley the Australian singer-songwriter and guitarist  from The Seekers was born on the 25th July 1942.

1965 – Bob Dylan went electric when he plugged in at the Newport Folk Festival on the 25th July 1965, signaling a major change in folk and rock music.

2000 ~ Mason Cook the American actor was born on the 25th July 2000. He is known for his portrayal of Cecil Wilson in Spy Kids: All the Time in the World, and appearing on The Ellen DeGeneres Show.

2010 – WikiLeaks published classified documents about the War in Afghanistan on the 25th July 2010, one of the largest leaks in U.S. military history.

1968 – Kristin Chenoweth the American actress and singer was born on the 24th July 1968. www.facebook.com/KristinChenoweth & www.twitter.com/KChenoweth

1980 ~ Peter Sellers the a British film actor, comedian and singer died on the 24th July 1980 aged 54 (born Richard Henry Sellers on the 8th September 1925). Peter Sellers appeared in the BBC Radio comedy series The Goon Show, was featured on hit comic songs and known around the world as Chief Inspector Clouseau in The Pink Panther series of films.

1829 – William Austin Burt patented the typographer on the 23rd July 1829, a precursor to the typewriter.

1952 – Janis Siegel the American singer from The Manhattan Transfer was born on the 23rd July 1952.

1980 – Michelle Williams the American singer-songwriter from Destiny’s Child was born on the 23rd July 1980.

2012 ~ Syria admitted to possessing a stockpile of chemical weapons on the 23rd July 2012, which they claimed were reserved for national defense against foreign countries.

1894 – The PARiS~ROUEN MOTOR RACE known as the world’s 1st competitive motor race was held in France between Paris and Rouen on the 22nd July 1894.

1944 – Rick Davies the English singer-songwriter and keyboardist from Supertramp was born on the 22nd July 1944.

1947 – Don Henley the American singer-songwriter and drummer from The Eagles was born on the 22nd July 1947.

1962 – The Mariner 1 spacecraft had to be destroyed on the 22nd July 1962, after flying erratically several minutes after launch.

1963 – Emily Saliers the American singer-songwriter and musician from Indigo Girls was born on the 22nd July 1963.

1963 – Rob Estes the American actor was born on the 22nd July 1963. Rob Estes is best known for his roles as Harry Wilson on 90210, Sgt. Chris Lorenzo on Silk Stalkings, and Kyle McBride on Melrose Place.

1972 – SETH FiSHER the American illustrator was born on the 22nd July 1972 (d. 2006). Seth Fisher is known for his work on DC Comics‘ Green Lantern: Willworld, and nominated for an Eisner Award for Best Penciller/Inker for Flash: Time Flies and Vertigo Pop! Tokyo. Seth pencilled the Snow story arc of the Batman series Legends of the Dark Knight, and provided the art for Marvel’s Fantastic Four / Iron Man: Big in Japan in 2005. Seth also produced magazine and album covers in Finland and Japan, and worked for Presto Studios doing concept design work on the Myst III: Exile computer game. Seth Fisher died in January 2006, when he had an accidental fall from the roof of a building in Osaka, Japan. His website www.FloweringNose.com  has been kept going by his family, friends and fans, in hope that the rest of the world will not miss the delight of his life and works.

1983 ~ SHARNi ViNSON the Australian model, actress and dancer best known for her work on Home and Away and film Step Up 3D was born on the 22nd July 1983.

2013 ~ Prince George of Cambridge was born at 4.24pm Monday 22nd July 2013 (London time). Kate Middleton The Duchess of Cambridge gave birth to George Alexander Louis (8lb 6oz) in the Lindo Wing at St Mary’s Hospital in central London on the 4.24pm Monday 22nd July 2013, with Prince William The Duke of Cambridge at her side. Prince George is 3rd in line to succeed his great-grandmother Elizabeth II, to the thrones of the Commonwealth realms, following his grandfather Charles, Prince of Wales and father Prince William The Duke of Cambridge.